In the muZEEum in Vlissingen special archaeological finds from the Schelde quarters can be seen. A variety of earthenware such as dishes, bowls, crockery and other household goods, give an intriguing view on daily life of rich as well as poor inhabitants of this quarter of Vlissingen. Outstanding rare pieces can be seen like a porcelain plate from Japan and an earthenware dish from Italy. 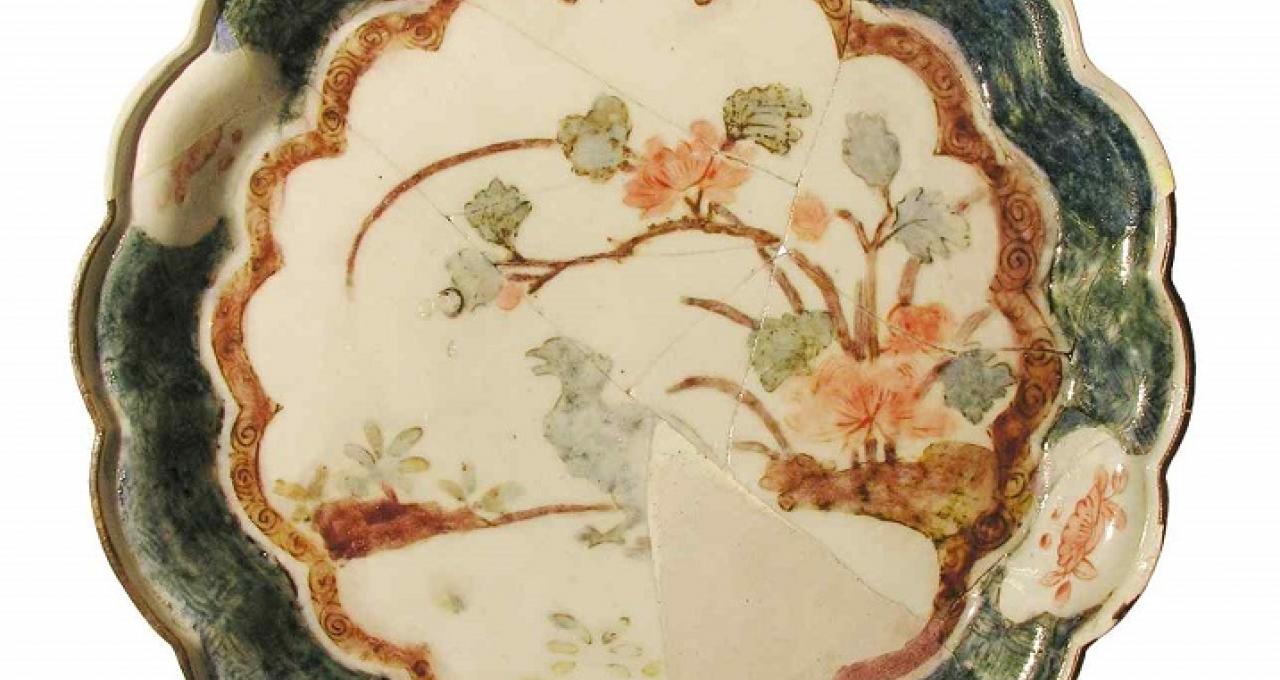 In Zeeland´s maritime muZeeum a unique Japanese plate is on display. It comes from the largest and richest cesspit of the town of Vlissingen: the cesspit behind the house of Cornelis Lampsins, the city palace that is part of the muZEEum. As far as we know this plate, from around 1650, is the oldest example in Europe of imported Japanese porcelain. It is a unique promotional gift, which made its way as an exotic product to the Netherlands. Not too long after it ended up in the trash of the immensely rich shipowner Lampsins. The cesspit of Lampsins is considered the largest, most elite and bountiful cesspit in Vlissingen.