In 1652 the First English War (1652 – 1654) broke out. Zeeland’s Board of Admiralty requested De Ruyter to reinforce the armada as a captain and vice-commander. He reluctantly accepted and started a second career at sea. From 1652 onwards De Ruyter played an important role in the many naval battles that followed and was appointed vice Admiral of the Dutch fleet. 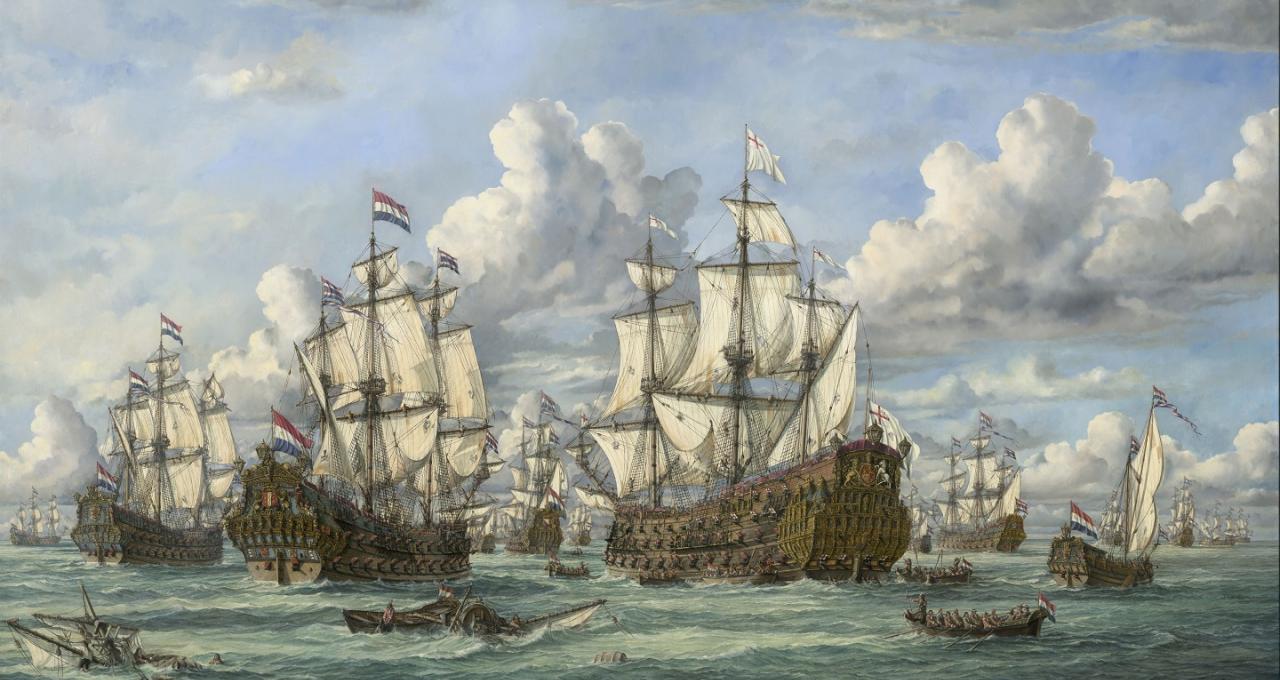 On March 14th 1665 the British king declared war on the Republic once again: the second English War (1665 -1667) broke out.  De Ruyter was appointed Lieutenant- Admiral of Holland and West-Friesland and Commander-in-Chief of the state fleet. He sailed the new flagship The Seven Provinces and won many naval battles, demonstrating his strategic insight and many years of experience. One of his most renowned actions in the war was the journey to Chatham in 1667.