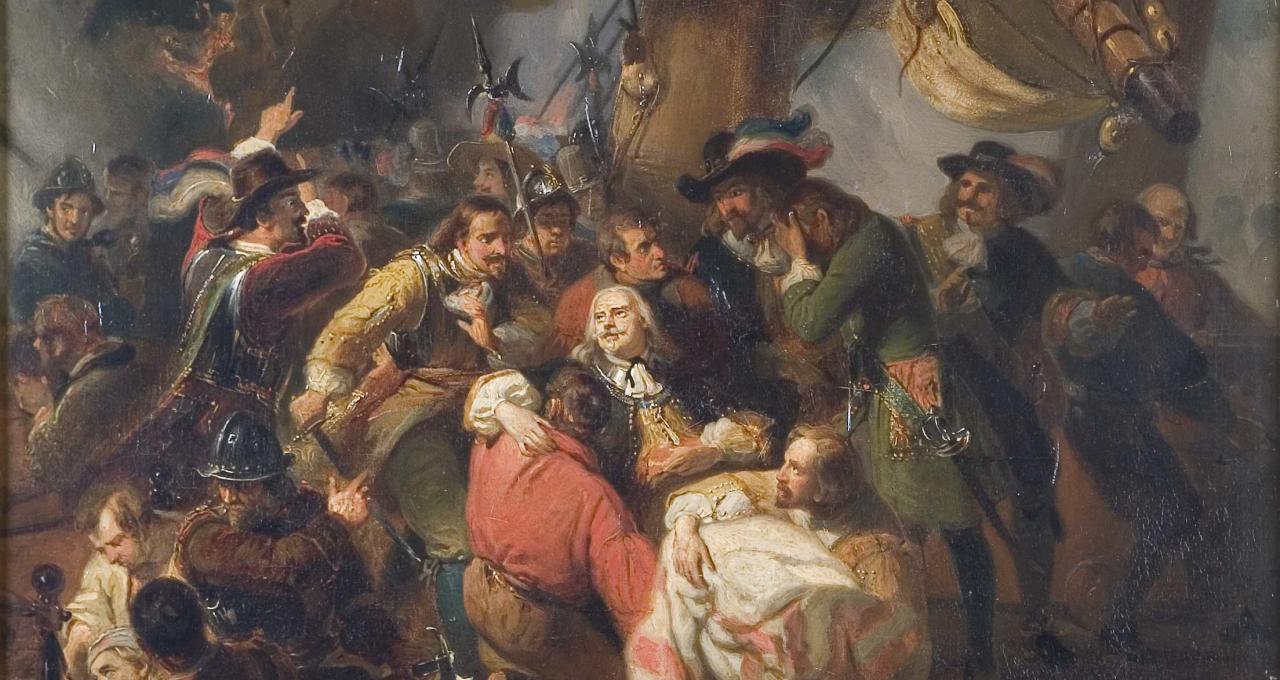 A new war broke out in 1672, this time involving both England and France. To indicate the importance of De Ruyter; he received the highest rank in the Republic’s army in 1673 and was appointed Lieutenant –Admiral-General of Holland and West-Friesland by Prince William III. Again numerous naval battles ensued.

The Peace of Westminister (1674) meant the end of the war with England although the battle against the French continued. De Ruyter got mortally wounded in 1676. He received an honourable burial. His tomb can be found in the Nieuwe Kerk in Amsterdam. A model of his grave, shroud and death mask can be seen in the muZEEum.